The foundation for health, fitness and beauty- nutritional supplements: supplied from morning till night.

Formulated with the exclusive NTC®, our FitLine nutritional supplements help you to better cope with the challenges of everyday life and contribute to your fitness and performance goals, even at an advanced age.

Our exclusive Nutrient Transport Concept (NTC®) delivers the nutrients exactly when they are needed and where they are needed – to the cellular level, from inside and out..

The immune and circulatory systems, as well as the heart functions, are supported. There is also an immediate increase in performance and concentration, accompanied by visible signs; such as radiant skin, hair, and nails. This makes FitLine indispensable for a successful anti-aging regimen.

The Scientific Advisory Board includes qualified experts with diverse backgrounds. Every expert contributes to our product quality. Starting with the formulation, right down to production processes. With their expertise, PM-International ensures that the products always fulfill the highest quality requirements. 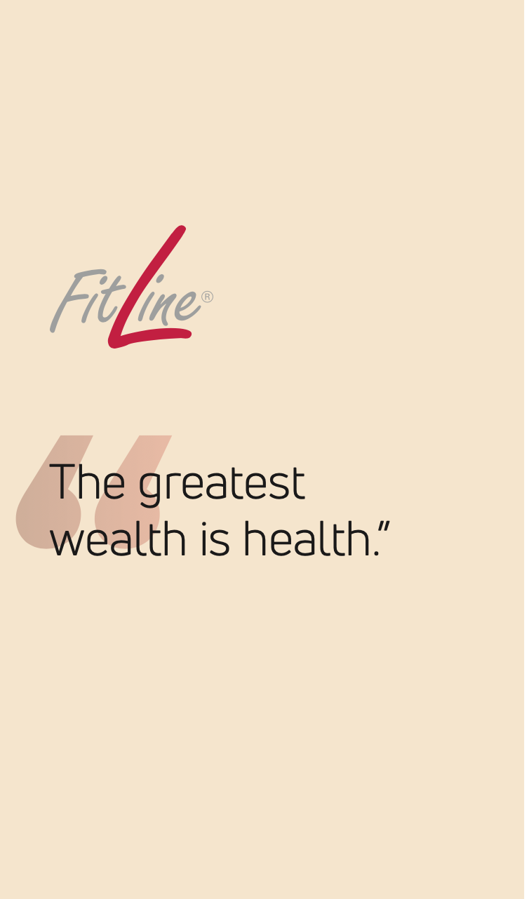 The scientific Advisory Board includes qualified experts with diverse backgrounds. Every expert contributes to our product quality. Starting with the formulation, right down to production processes. With their expertise, PM- International ensures that the products always fulfill the highest quality requirements. 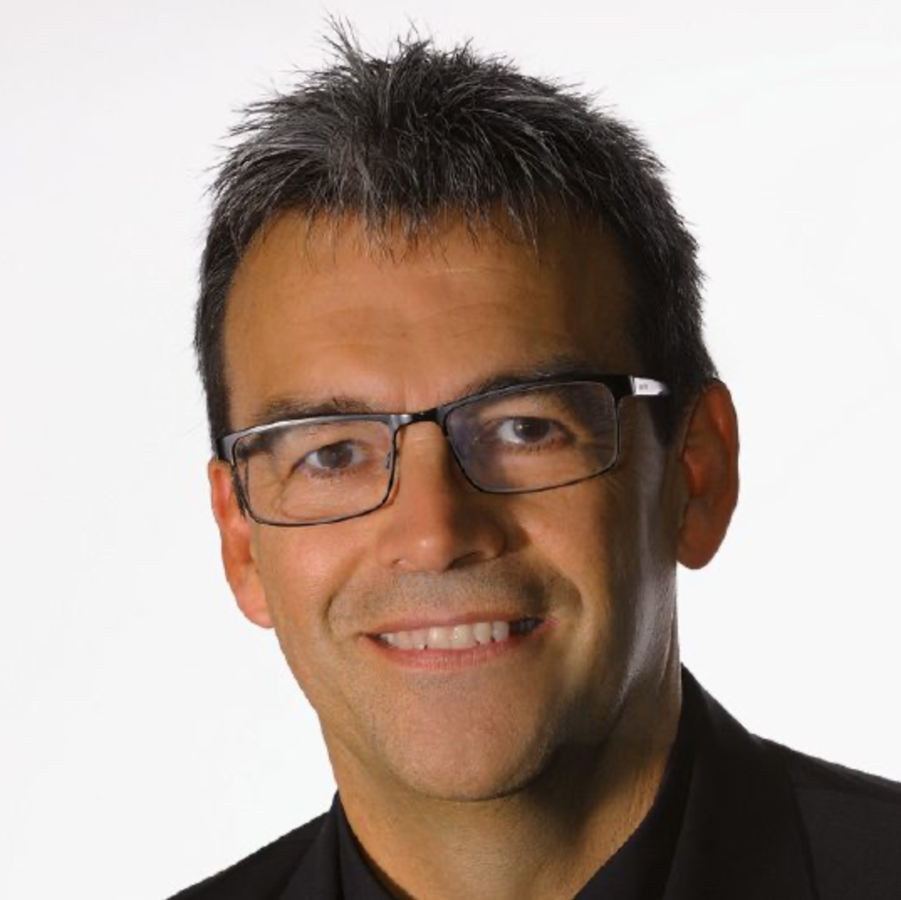 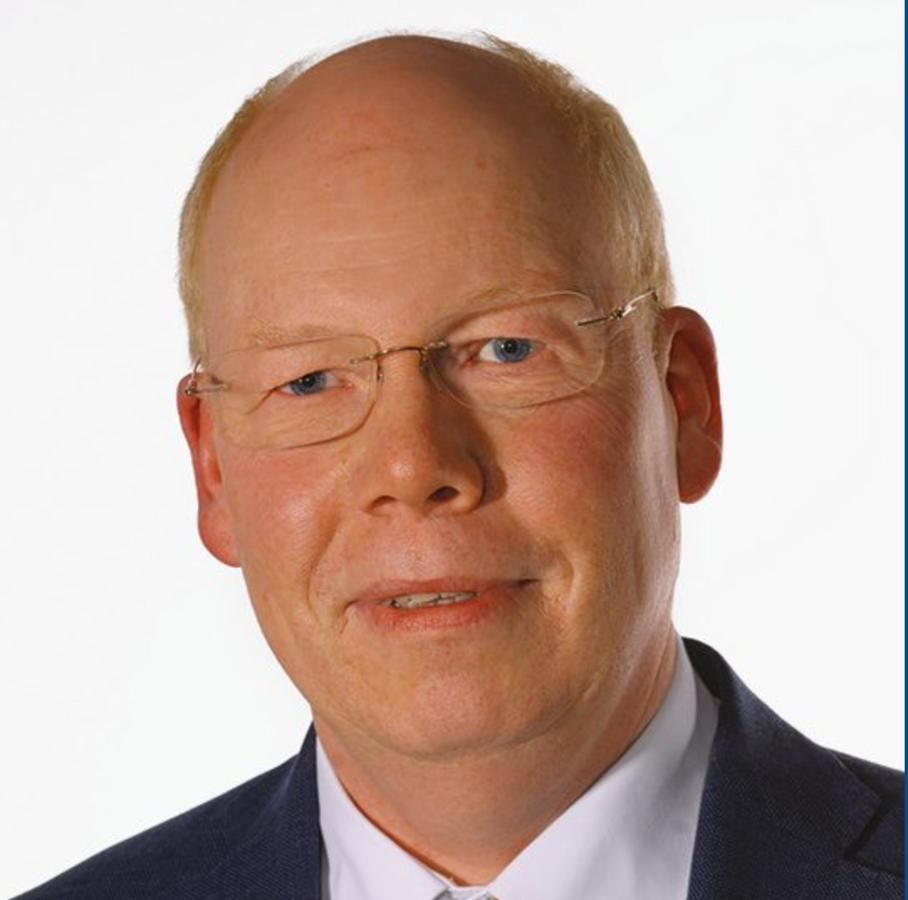 Horst Meinhardt.
Developer of and expert in cosmetic formulations and process technology. 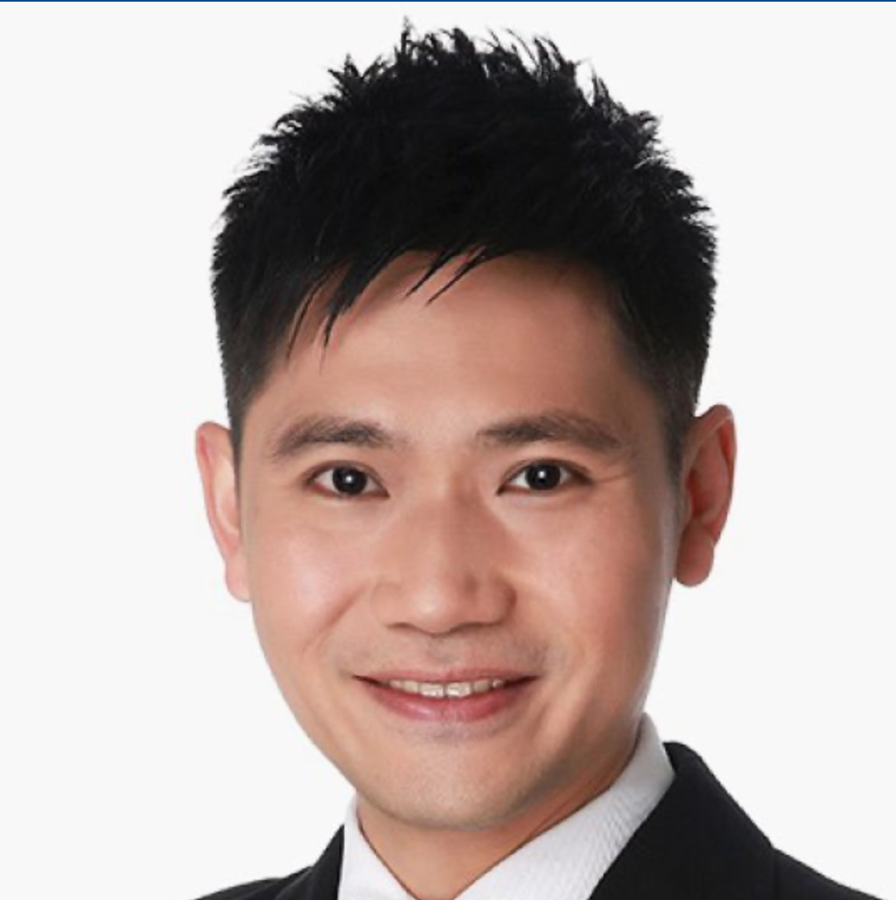 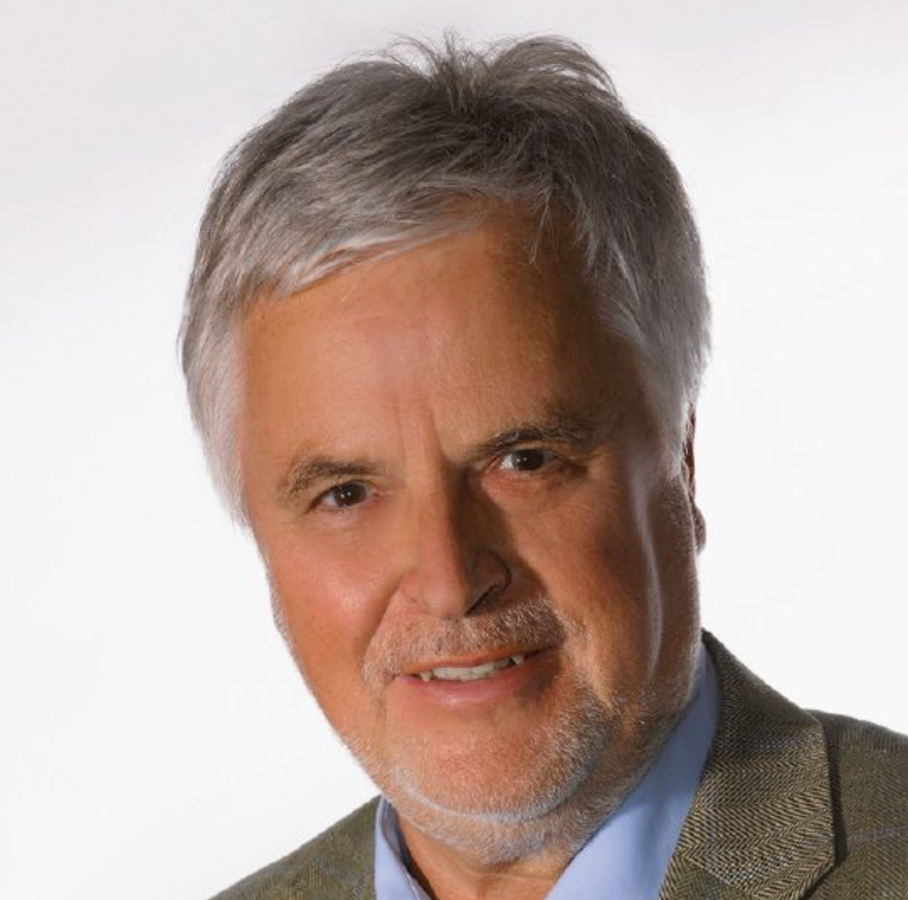 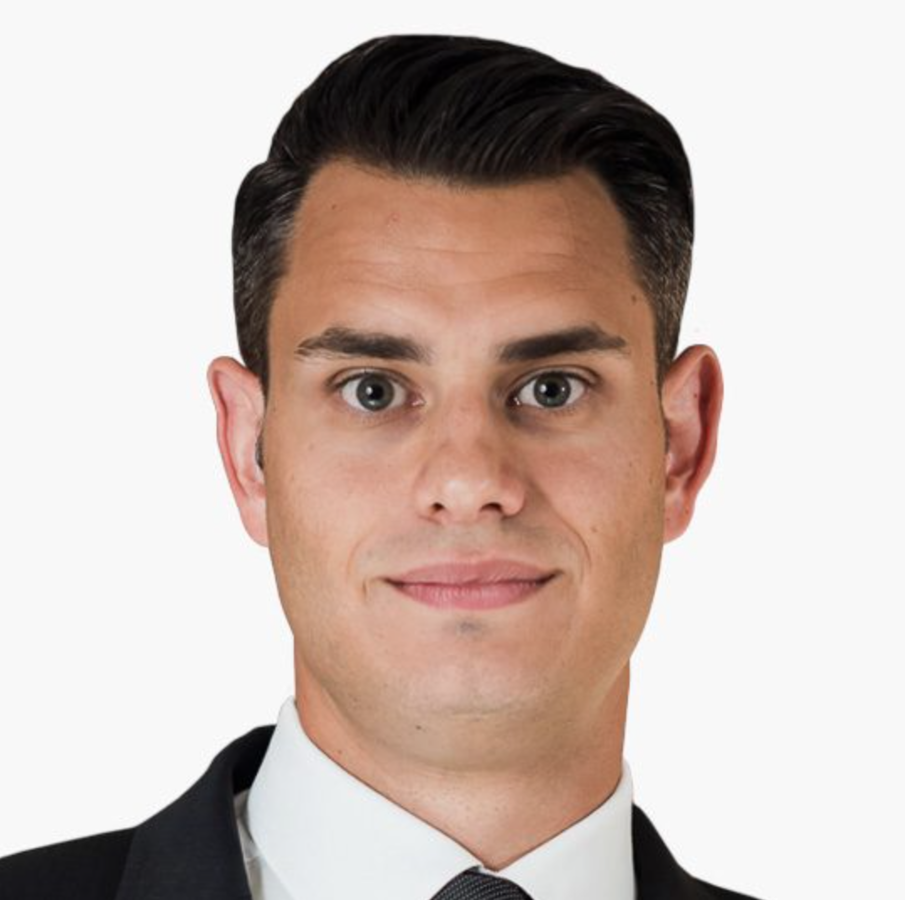 Markus Herrmann.
Manager Product Development and Laboratory. Business Chemist with focus on the development of product concepts for nutritional supplements. 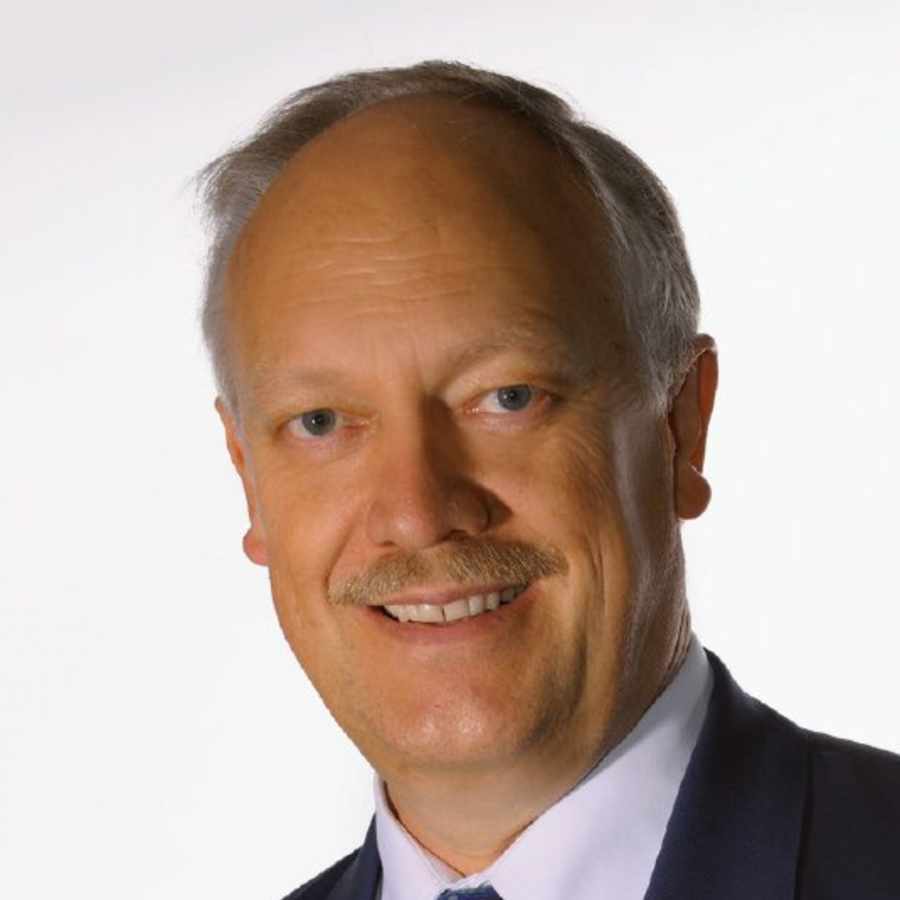 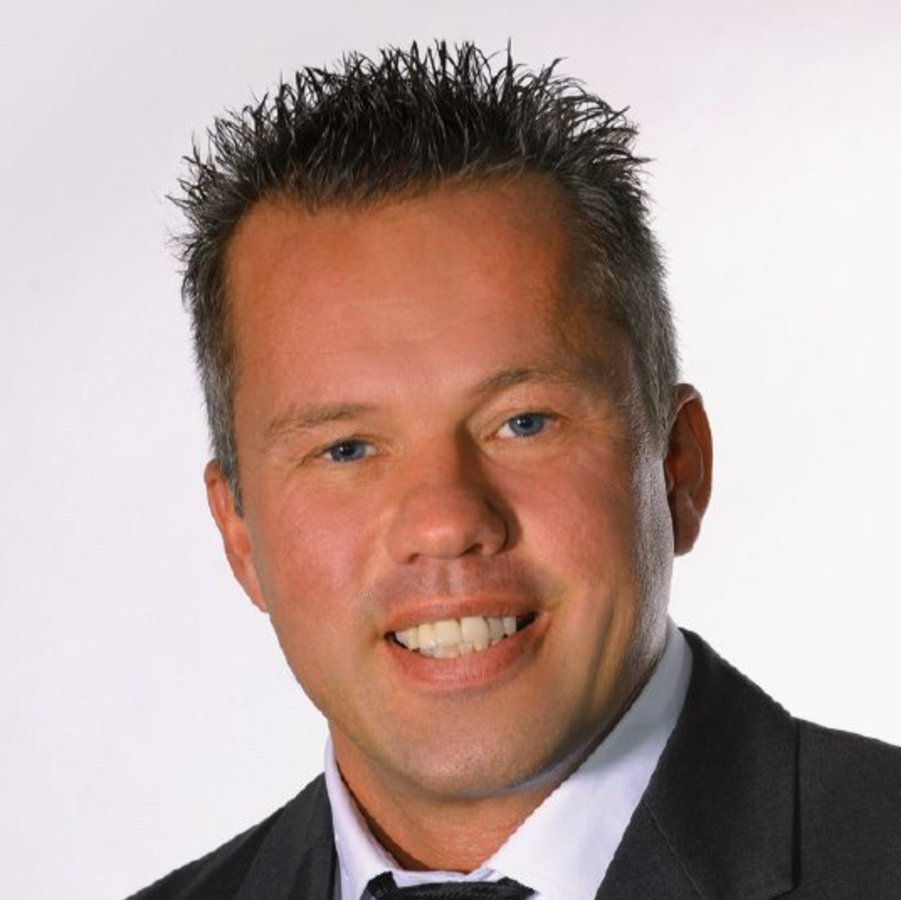 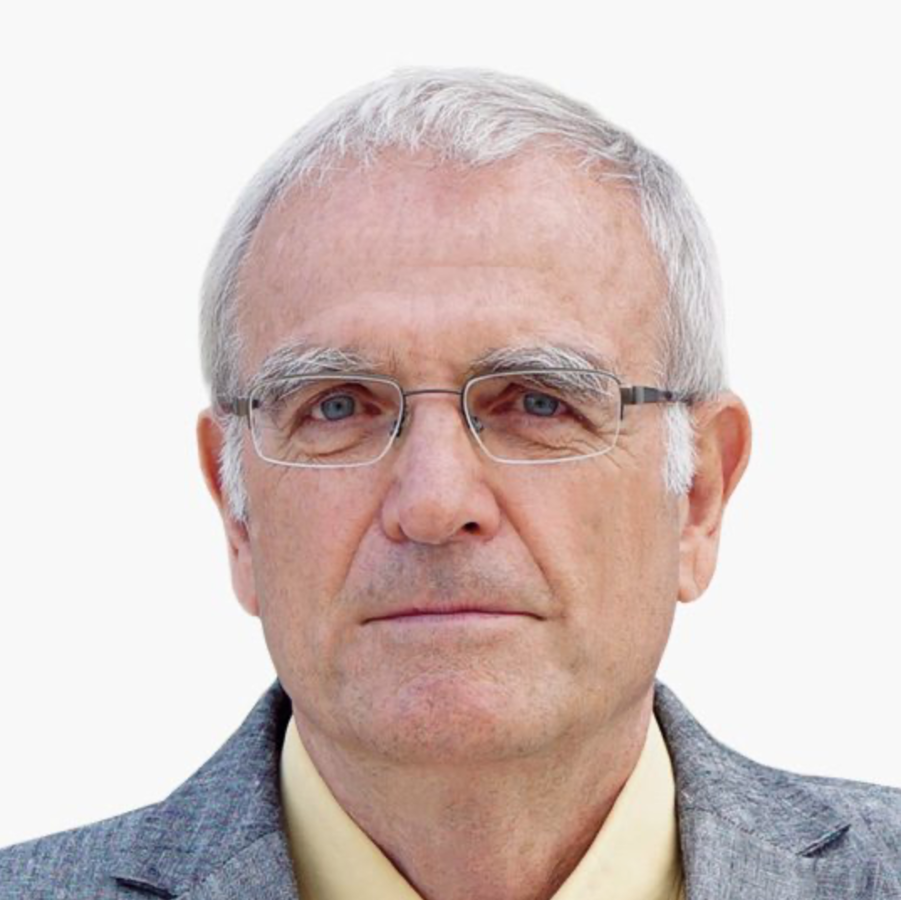 Dr. Rudi Wajda.
A graduate chemist. Developer of carrier systems based on natural products for cosmetics and food supplements. 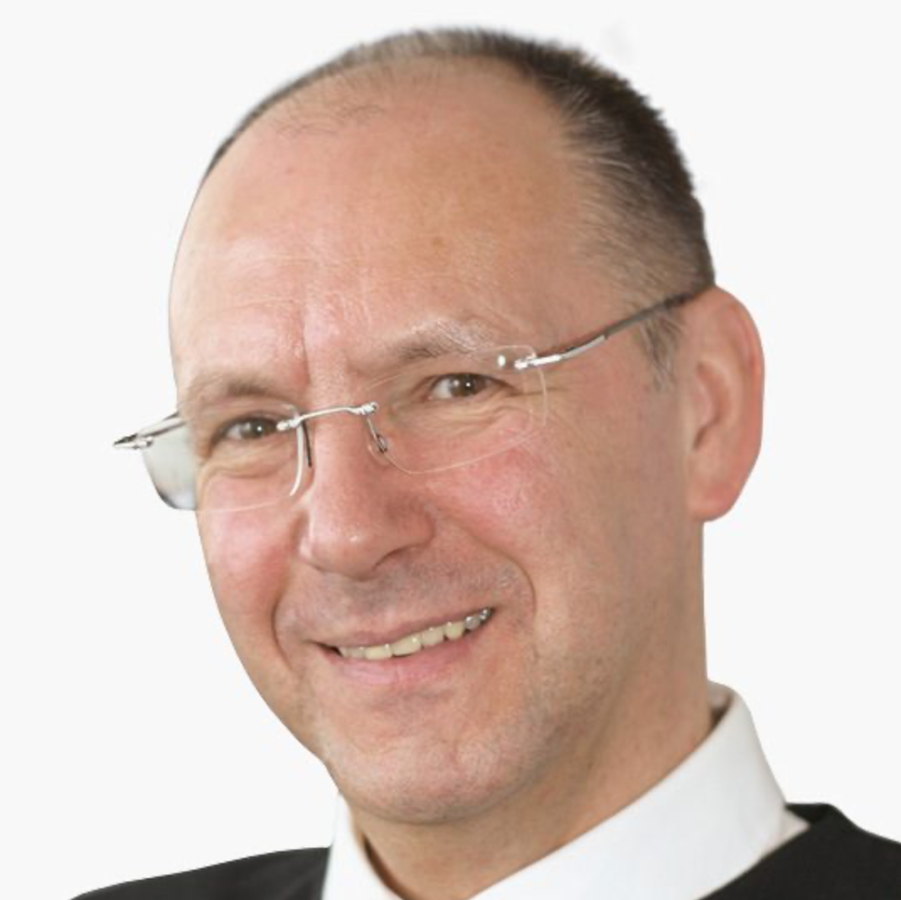 Prof. Dr. Manfred Eggersdorfer.
Professor for Healthy Aging with focus on the impact of inadequate intake and status of micronutrients on health and well-being. Former head of Nutrition Science & Advocacy at DSM Nutritional Products. 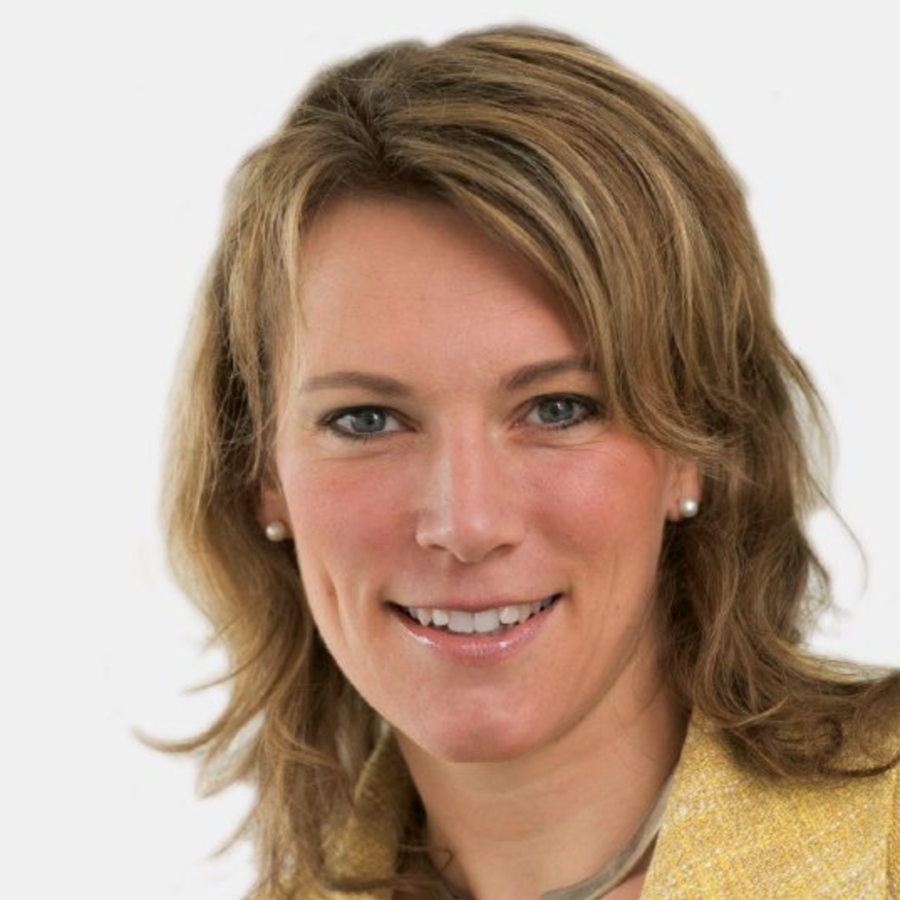 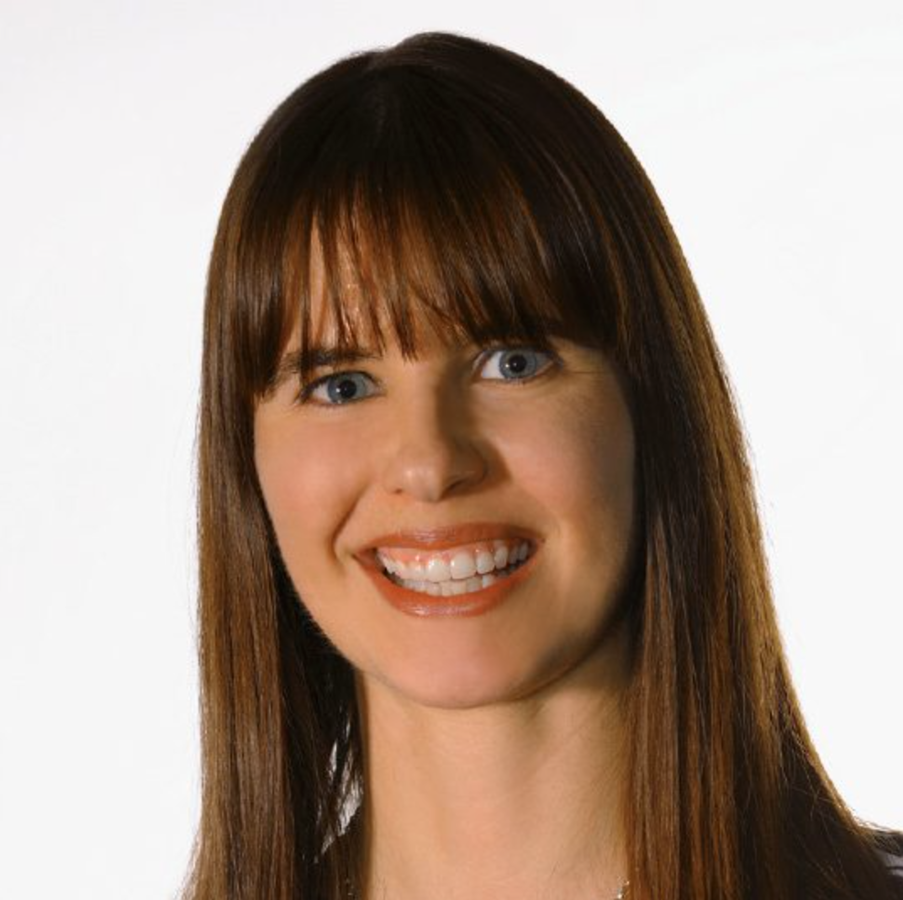 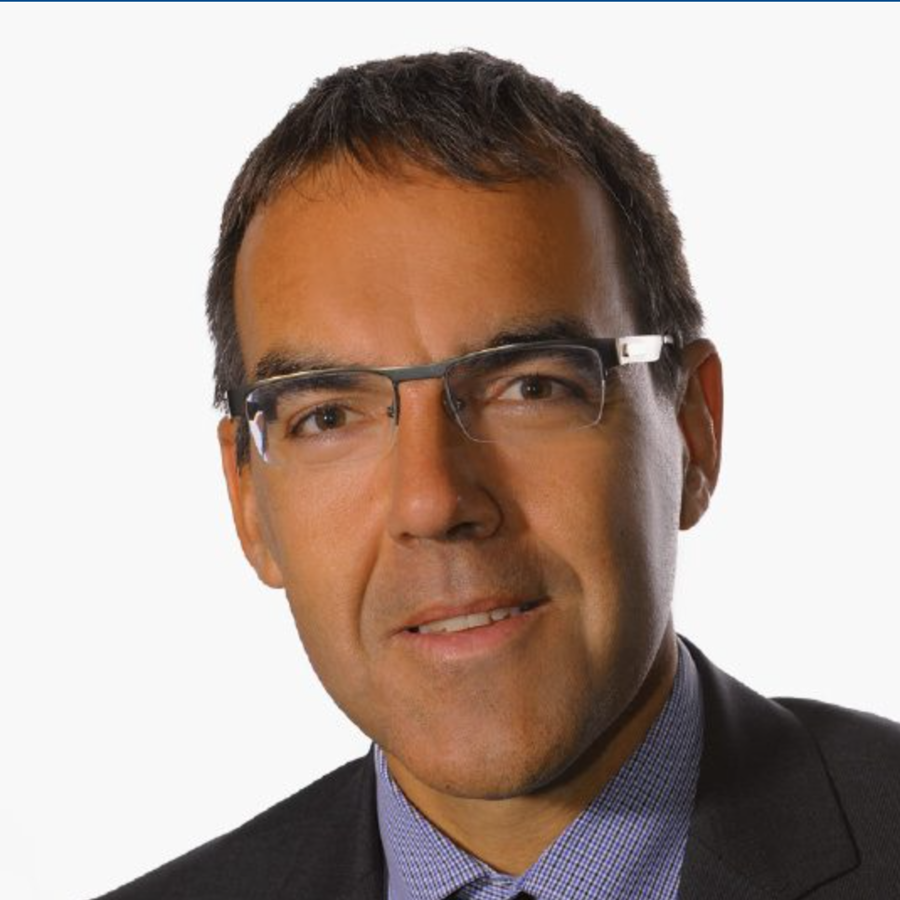 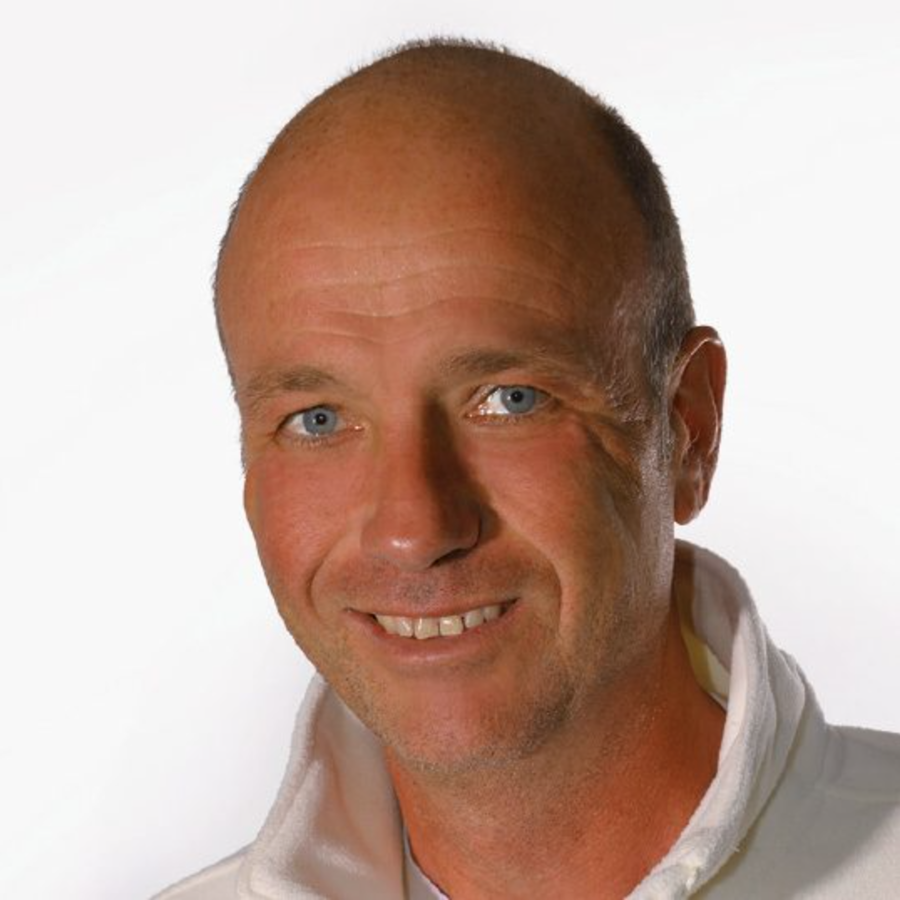 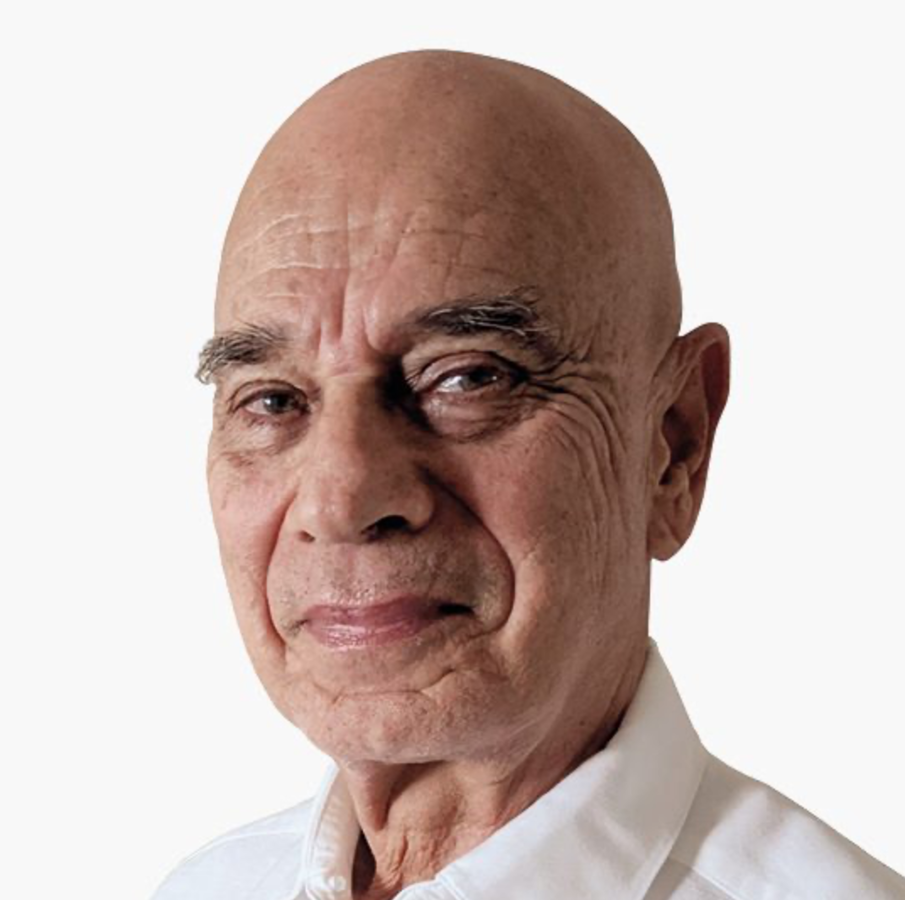 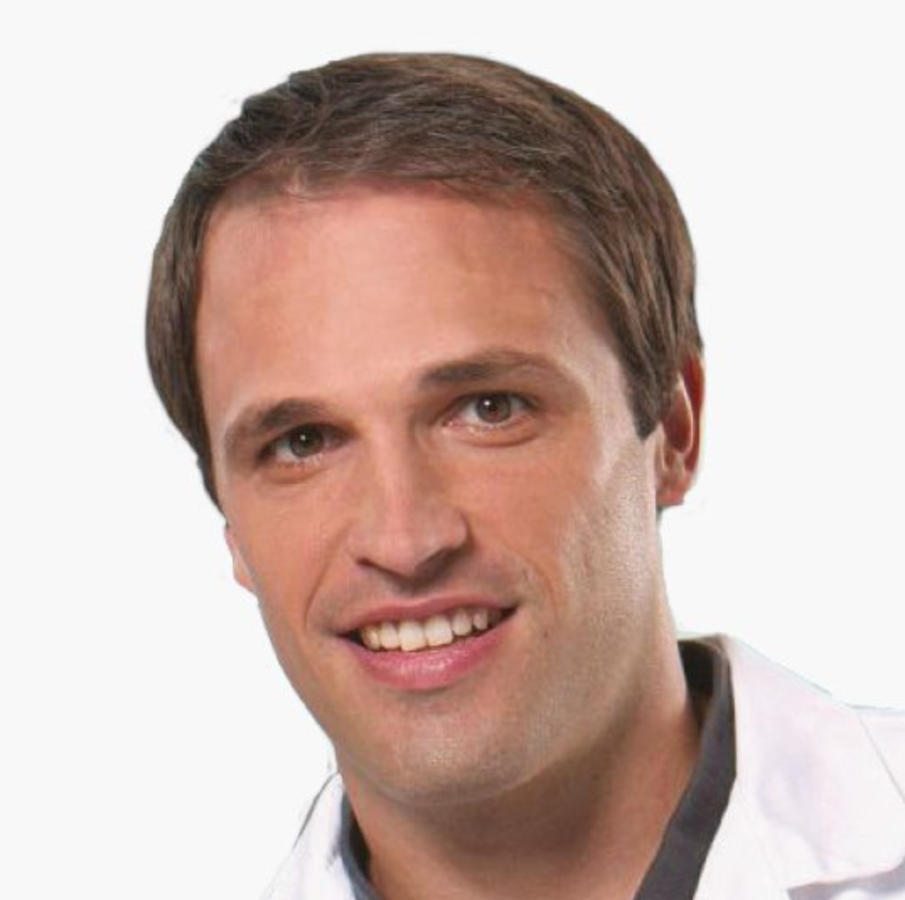 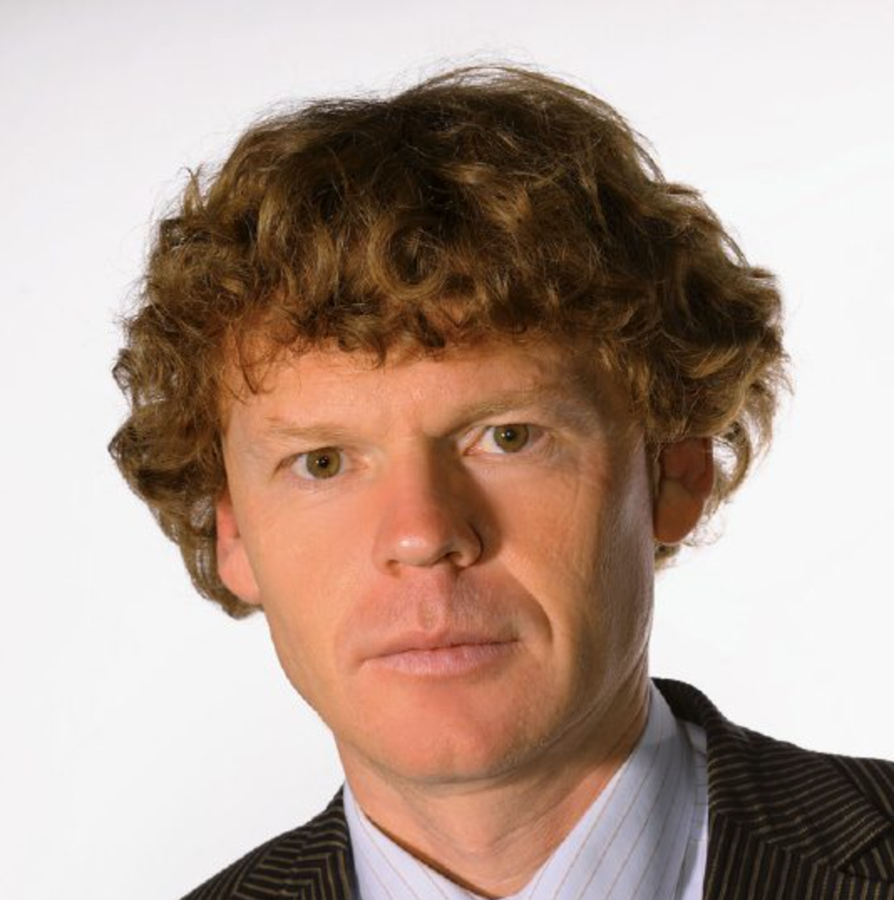 Wilhelm Messer.
Director of Product Development for the FitLine product line at PM-International.

PM-International focuses on innovative product concepts that stand out from the rest of the market. As a result of our consistent innovation management, we own more than 70 national and international patents and have 20 patents pending. 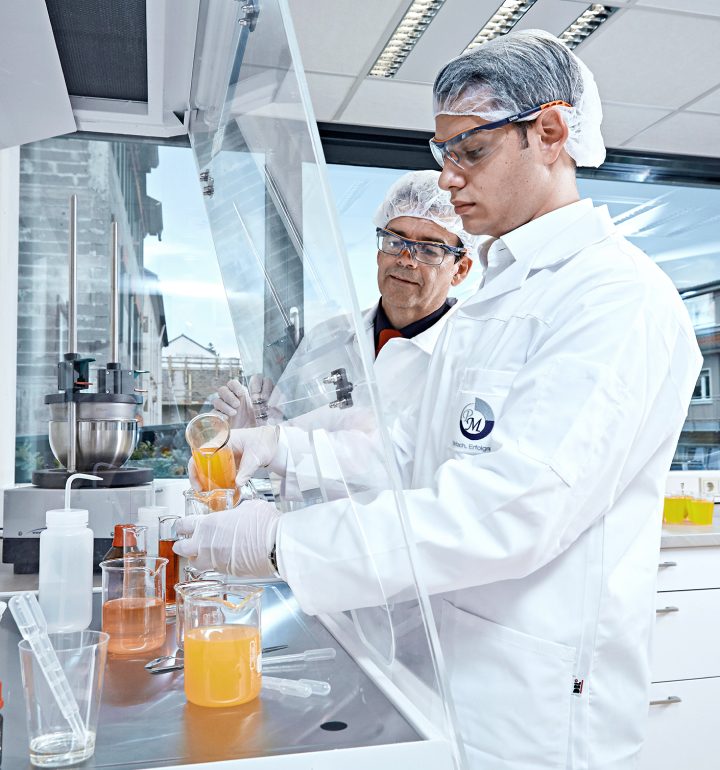 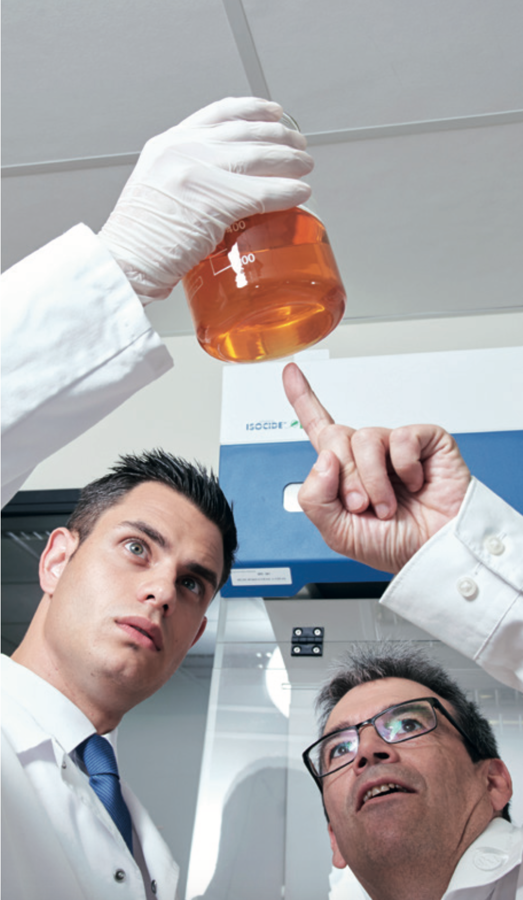 Working with the best

In 2016, PM-International AG signed a strategic collaboration agreement with the Luxembourg Institute of Science and Technology (LIST), a Research and Technology Organization that develops advanced technologies and delivers innovative products and services to industry and society.

In 2019, PM-International substantially contributed to the creation of the Josef Ressel Zentrum at the University of Applied Sciences Upper Austria. Thanks to these cooperations, PM-International will significantly advance its research and development activities with the aim of developing innovative bio-based supplements for health, fitness, wellness and beauty product lines. 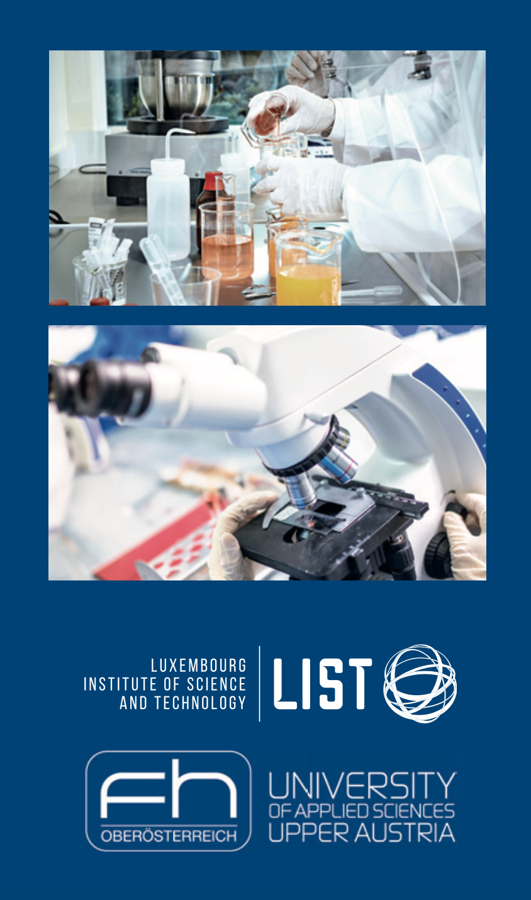 Premium, for us, implies transparency and quality. This is the reason why our product quality is independently tested regularly by ELAB Analytics GmbH.

As an independent laboratory service provider with a long standing experience in food-, water-, and environment- analysis, ELAB Analytics GmbH assists us with professional counsel for the quality assurance of our products.

The independent analysis of selected parameters performed by ELAB Analytics GmbH on a regular basis complement our own product controls and help us to improve the quality of our products even more. 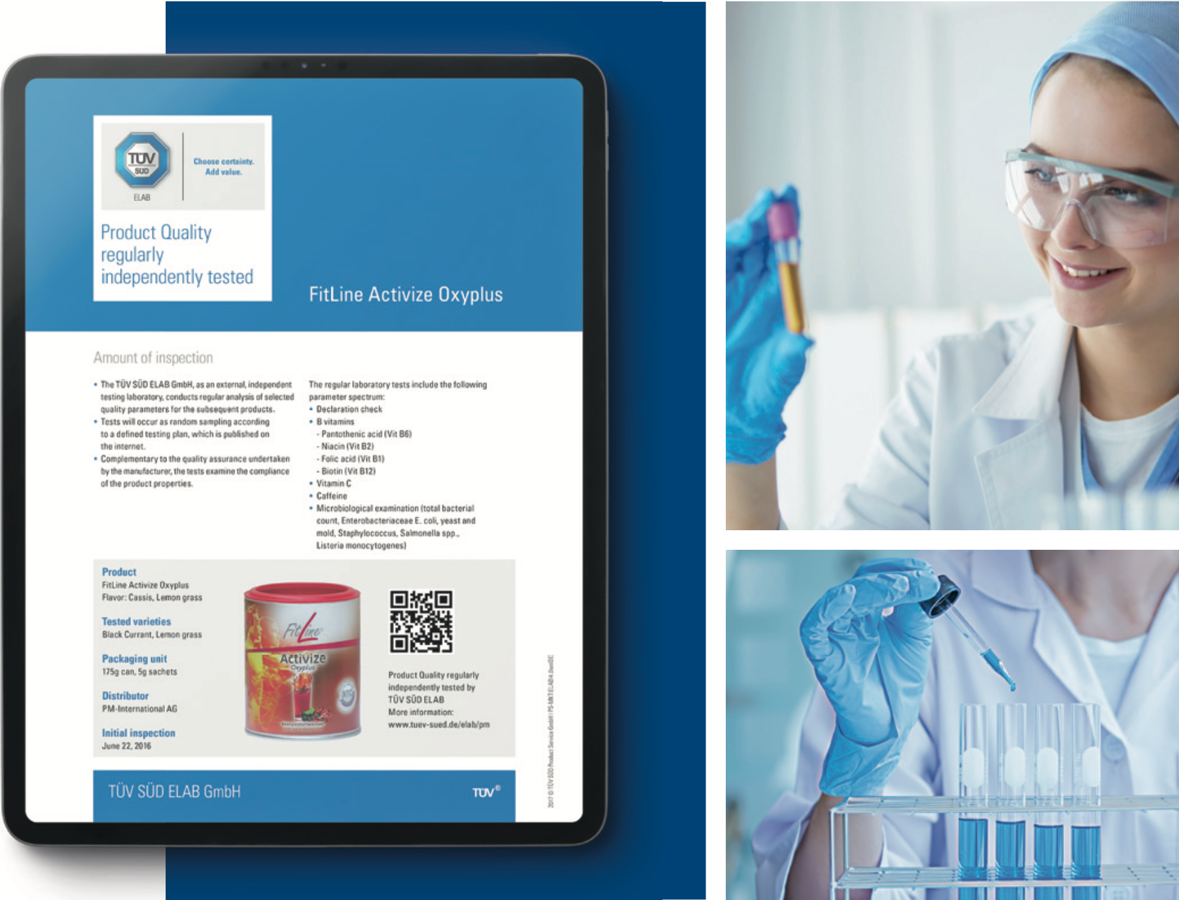 All of our products are “Made in Germany” and are manufactured according to GMP guidelines (Good Manufacturing Practice), a standard of the pharmaceutical industry. This guarantees the utmost purity and maximum quality.

Bioavailability – the possible absorption in the body – is below 10% for many nutrients. In a study the absorption of different nutrients was compared more closely in a group with and in a control group without herbal aromas.

The results were extremely impressive: Basics increased the absorption of individual nutrients significantly. The comparison values for selenium were at 40 (without Basics) or 58.2 (with Basics) μg/ml serum, vitamin B6 had 266 (without Basics) compared to 670 (with Basics) ng/ml, also significant was the increases for Q10, beta-carotene and vitamin C. On the whole, the improvement in absorption pf all nutrients was between 20 and 250%!

This shows that herbal formula contained in FitLine Basics increase the absorption of all nutrients taken at the same time as Basics.

Now, after testing the individual active substances, the task at hand was to also test their cumulative effect. 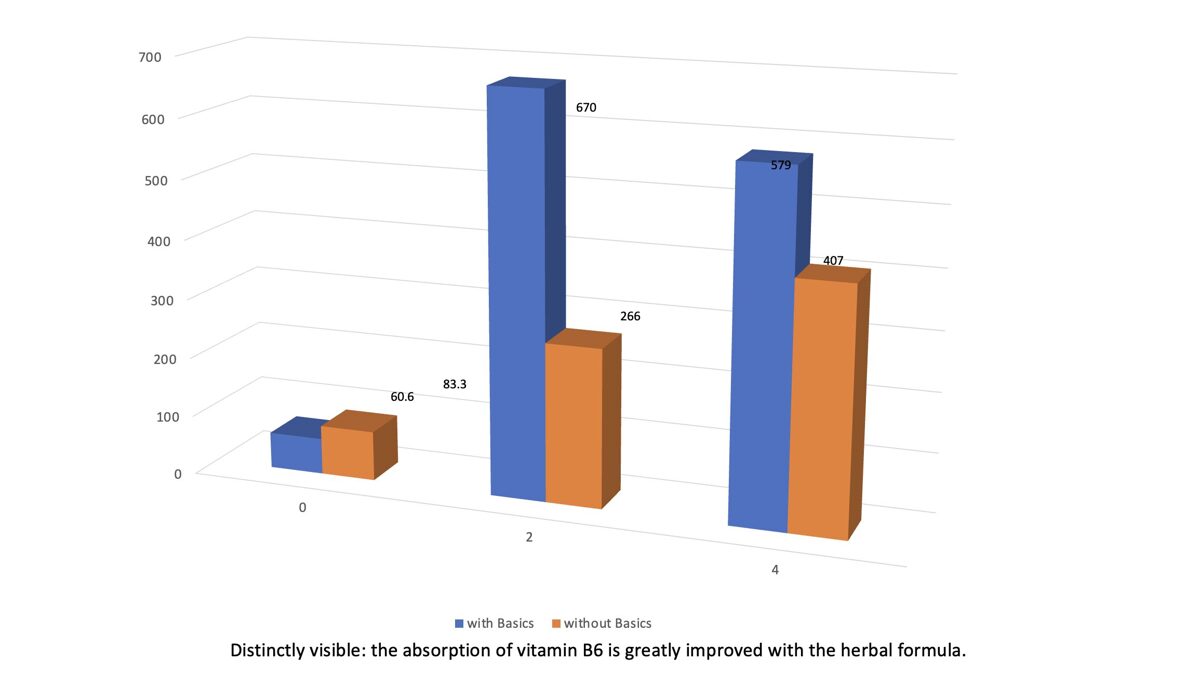 50 randomly selected people underwent testing of their blood and stool. Then, they drank a glass of water with 2 measuring spoons of FitLine Basics every morning for a period of 3 months. The analysis of their questionnaires showed a general improvement of the subjective state of well-being. 64% of participants assessed their private performance capacity and 70% their professional performance capacity as good to very good and 84% of them assessed their digestion and general well-being as being good to very good.

However, the laboratory results are scientifically more significant. 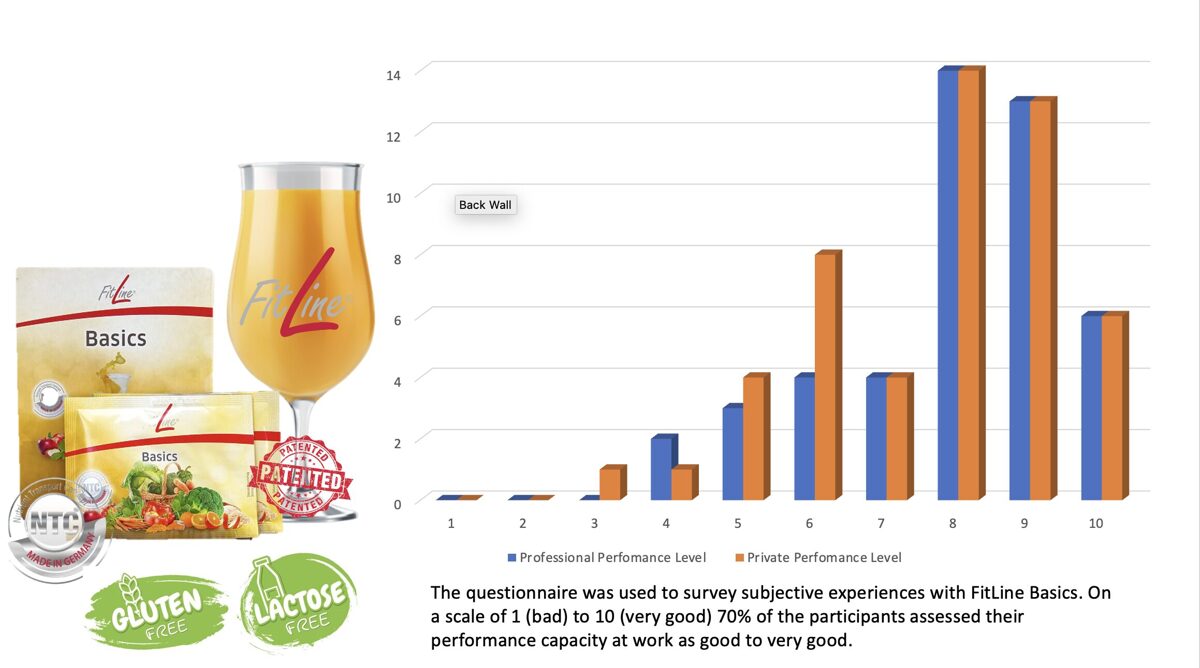 The superior effectiveness of the FitLine Activize Oxyplus has been proven through a scientific study in which 20 leisure and elite athletes participated. The study was carried out as a randomised and placebo-controlled crossover double-blind study. This means that the 20 athletes were randomly divided into two comparative groups.

Neither the participants nor the contact persons knew which group received which drink on a given day. This information was only available to the scientists, who later performed the analysis. Due to the fact that the athletes were given anonymous names, the scientists on their part did not know which results belonged to which athlete. Undue influence on the results was therefore practically excluded.

The study design therefore corresponded to the most stringent scientific criteria.

On the treadmill, using spiroegometry and blood pressure measurements, cardio-circulatory controls, lactate determinations and respiration gas analyses, the performance capacity of the leisure and top athletes was measured under 25 minutes strain on the first, seventh and fourteenth days.

During this time, special attention was placed on the respiratory quotients and the VO2max values, since these values provide  an informative picture of the real physical performance and show that O2 is actually available in the cells.

During the VO2max measurement (the maximum possible oxygen intake capacity), measured by the values of the entry tests (INI-1), it was shown after  just seven-day intake of FitLine Activize Oxyplus that the first group (v-1) had a significant increase in performance. This increase of the VO2max value remained the same in the responder group during the tests on the 14 as well and, without additional servings in the second week, slightly increased with a type of :after-burn effect" to 55.8 ml O2 per minute. The increase clearly shows the higher intake and the better transportation of oxygen into the muscles.

Not only the maximum oxygen intake, but also the running speed, was increased through the intake of FitLine Activize Oxyplus. With a standardised respiratory quotient at Value 1 (the ratio of oxygen absorption and carbon dioxide discharge), the running speed increased in all of the tested athletes on average by 28% (INI-all vs. VP-all) and even by 32% in Group 1 (INI-1 vs. P-1)! The speed on the treadmill was increased from 9.9 km/h (6.1 mph) to 13.0 km/h (8.1 mph) and in the responder group even to 14.9 km/h!

Good to know: as with the other FitLine products FitLine Activize Oxyplus also contains no doping-relevant substances and can be used in competitive sports without concerns!

FitLine Activize Oxyplus is patented and worldwide exclusively available only from PM-International. Naturally developed according to NTC and manufactured according to GMP guidelines. 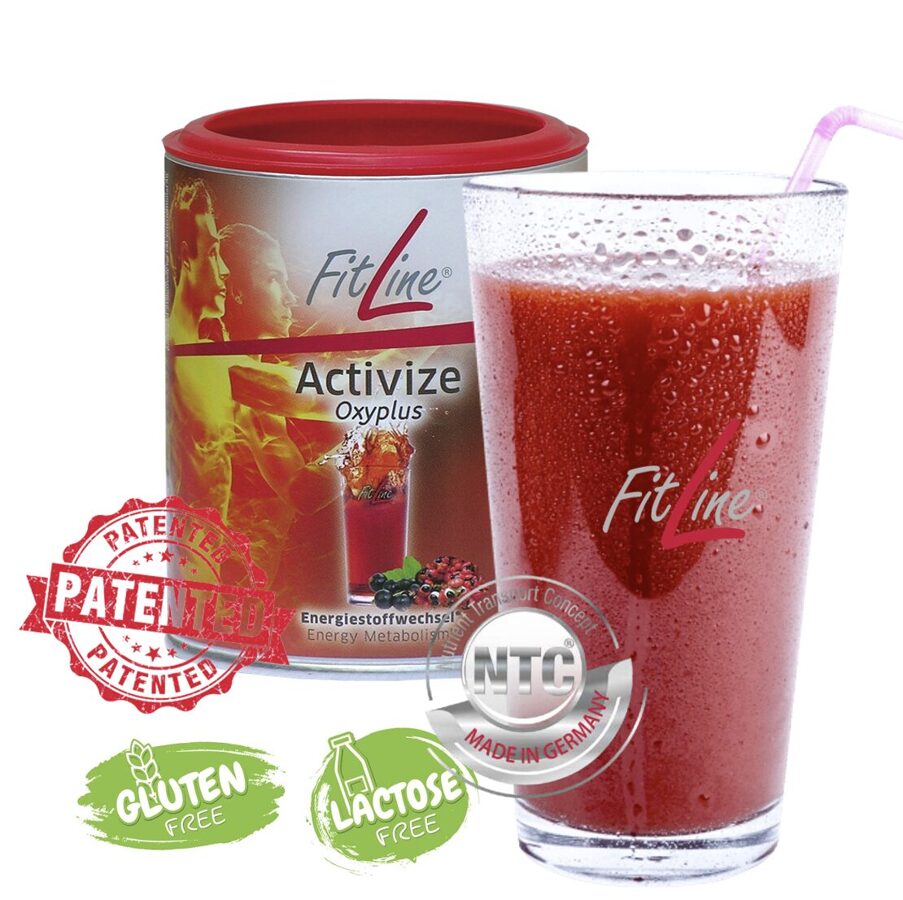 The average of VO2 max-values (the maximum oxygen intake capacity) increased by 10%. More oxygen is available to the body, down to the smallest capillaries and cell.

With a standardised respiratory quotient at 1 (ratio of oxygen absorption and carbon dioxide discharge) the running speed increased in all of the subjects on average by 28% (all responders) and by 32% (responder from Group1)!

With the new active ingredient combination in Fitline Activize Oxyplus the body not only gains more oxygen, it also gains all other important substances for energy generation.

The number of health-promoting lactobacilli and bifidobacterial has increased significantly. Lipid peroxides, an indicator of cell protection, have declined: their mean value decreased from 115.8 to 101.5 μmol/L. Similary, the secr. IgA value for the immunological status of the intestinal mucosa: the initial values significantly reduced in 31% of the participants.

According to the results of the study, the daily need for vital substances can also be better met for people involved in sports and for professional athletes.

The alpha-1-antitrypsin values as indirect indicator of absorption have been significantly improved by taking FitLine Basics.

Revitalization of the intestinal flora

It has also been proven that the bifidobacterial and lactobacilli contained in FitLine Basics settle in the intestines thereby caring for the intestinal flora.

Strengthening of the immune system

The s-IgA-values, providing information on the immune status of the intestinal musoca, have been reduced in all of 31% of participants.

Protection of the body cells

“Oxidative Stress”: The reduction of lipid peroxide in the blood serum clearly confirms effective protection of the cells.

Subjective experience of the participants

The effectiveness of FitLine Basics

The alpha-1-antitrypsin values as indirect indicator of absorption have been significantly improved by taking FitLine Basics.

Revitalization of the intestinal flora

It has also been proven that the bifidobacterial and lactobacilli contained in FitLine Basics settle in the intestines thereby caring for the intestinal flora.

Strengthening of the immune system

The s-IgA-values, providing information on the immune status of the intestinal musoca, have been reduced in all of 31% of participants.

Protection of the body cells

“Oxidative Stress”: The reduction of lipid peroxide in the blood serum clearly confirms effective protection of the cells.

Subjective experience of the participants 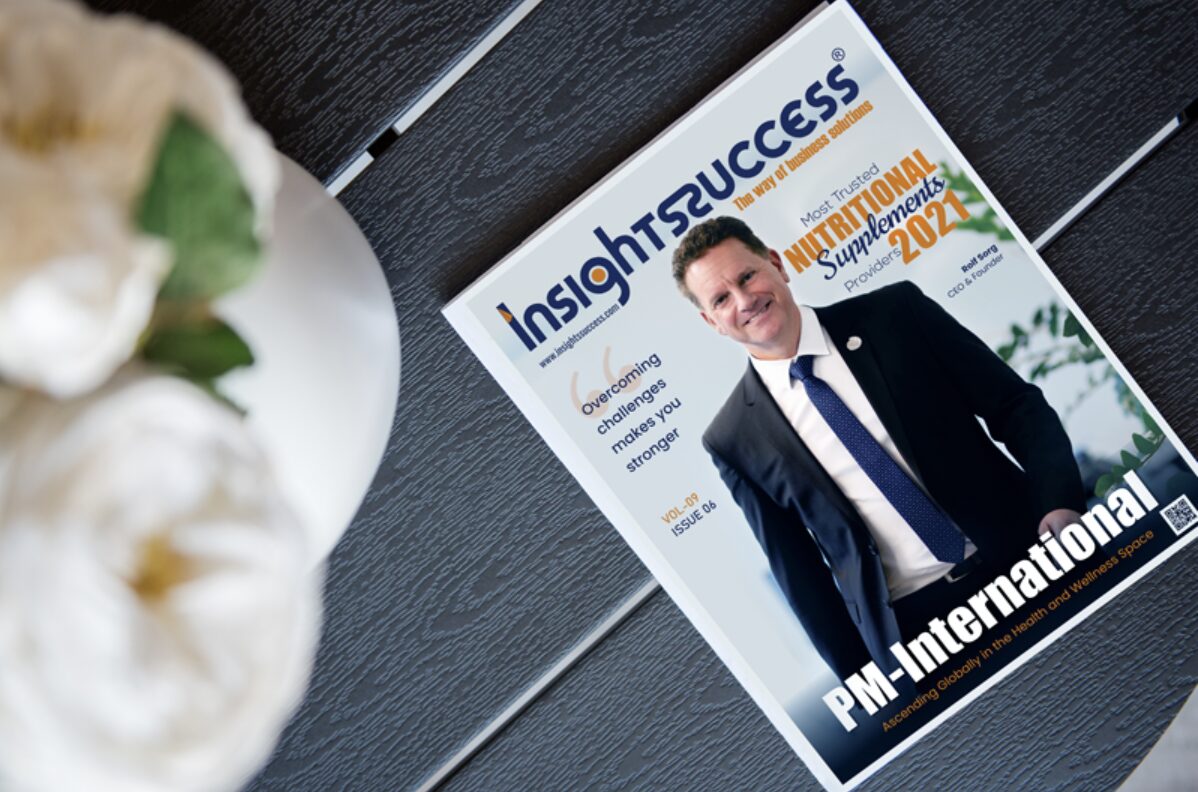 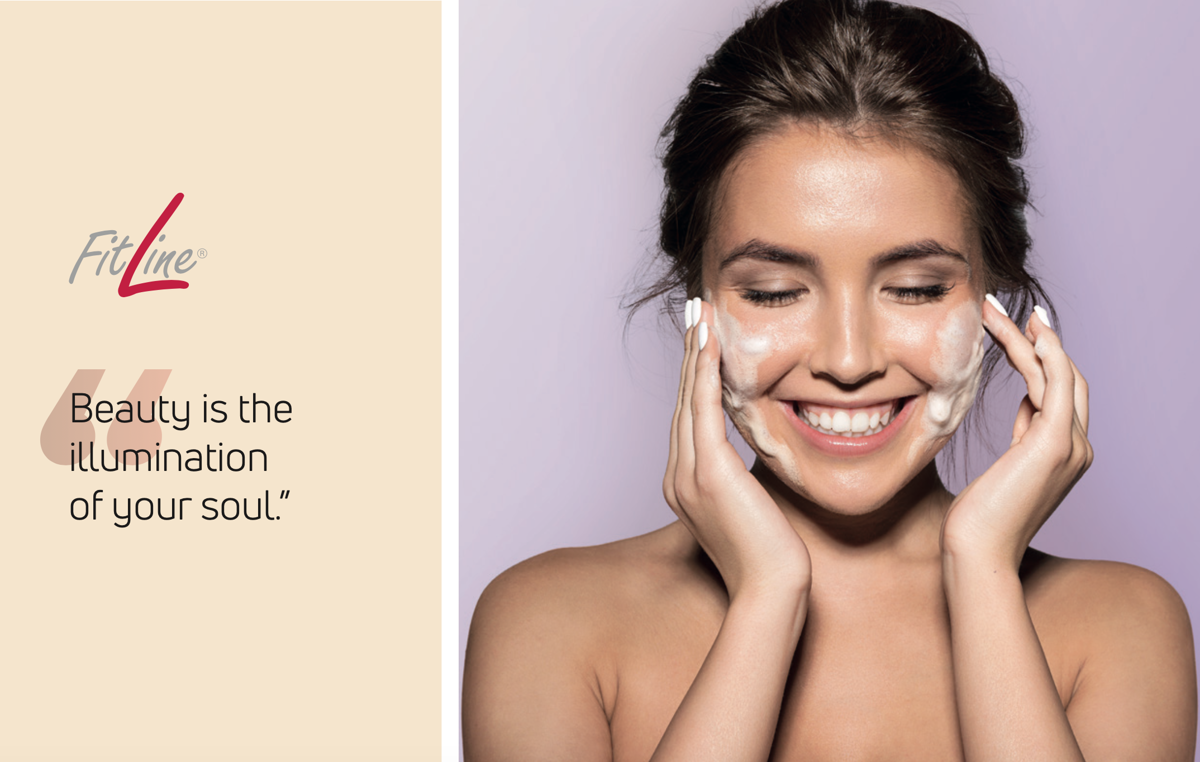 FitLine Beauty from the Inside Out

FitLine skin offers a harmonized range of high-grade cosmetic products with our exclusive NTC® for a visibly younger complexion and noticeably smooth skin.

FitLine med products are made for special needs and offer a targeted solution. With the power of our pioneering product innovations with our exclusive NTC®, you will experience optimal results. 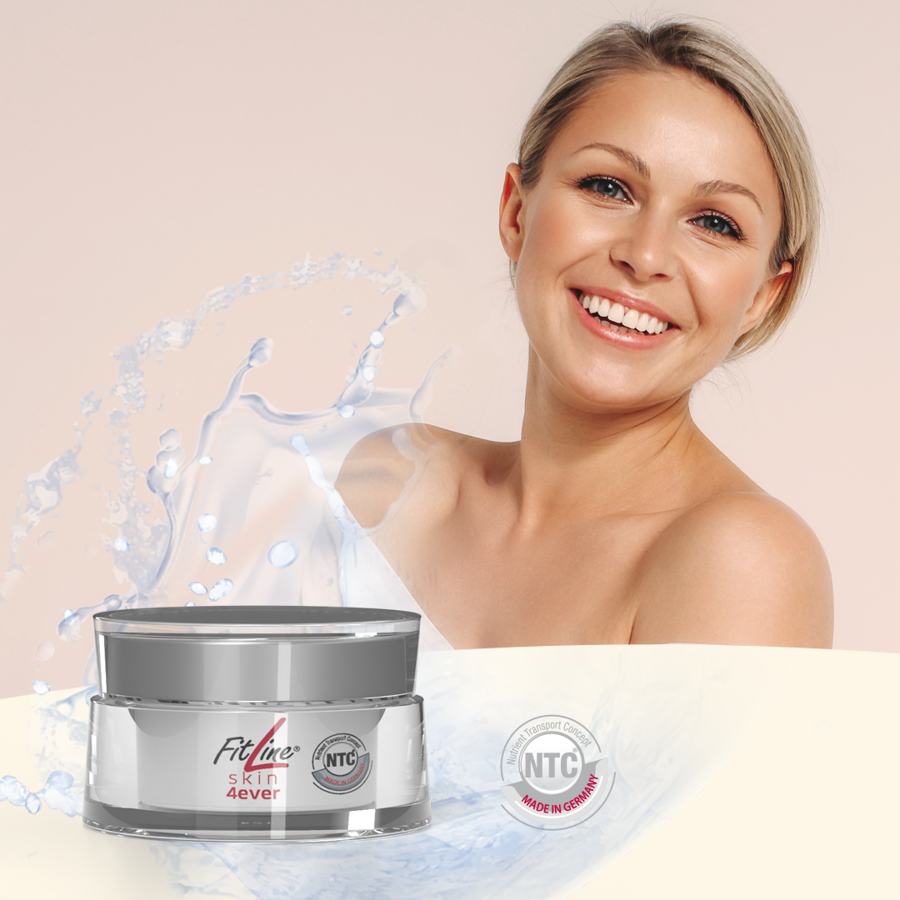 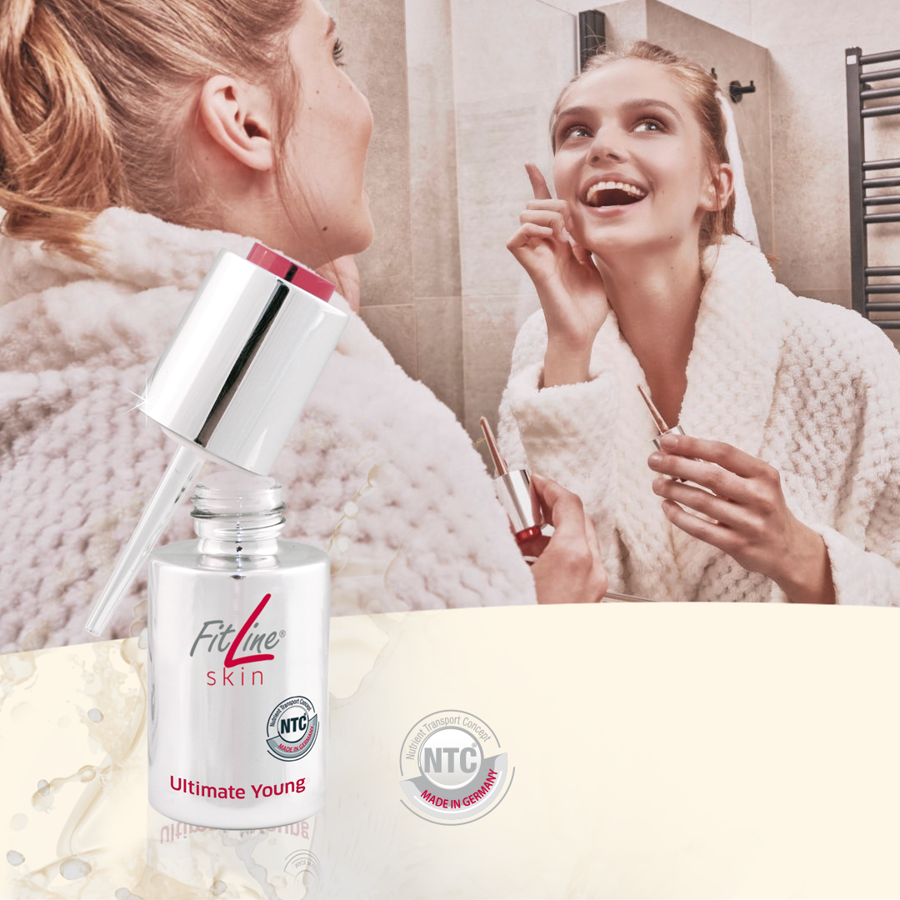 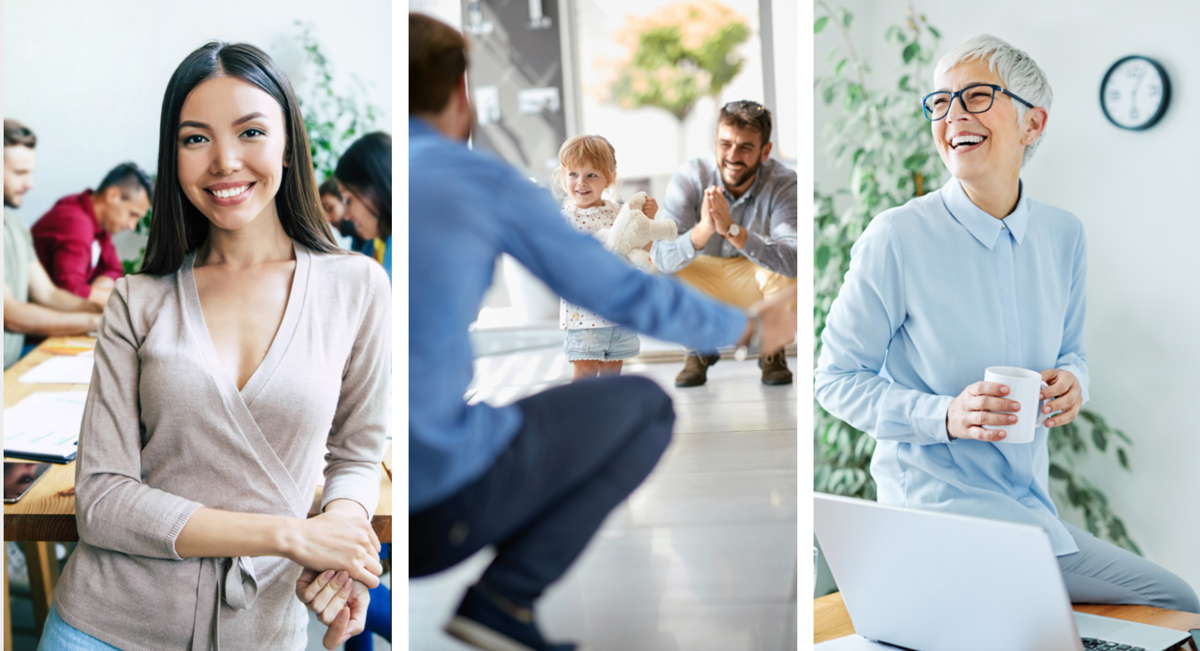